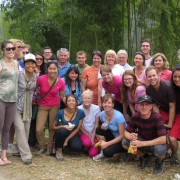 Greetings from the President, Missions to Malawi